The prime candidate Donald Trump and Ben Carson, with no political experience, were under attack from the start. Ohio Governor John Kasich goes against their “fantasy tax plans” and added: “We can’t elect someone who cannot handle the job.” Mr. Carson, a retired neurosurgeon who has edged past Mr. Trump in national polls, had a quiet night in Boulder. 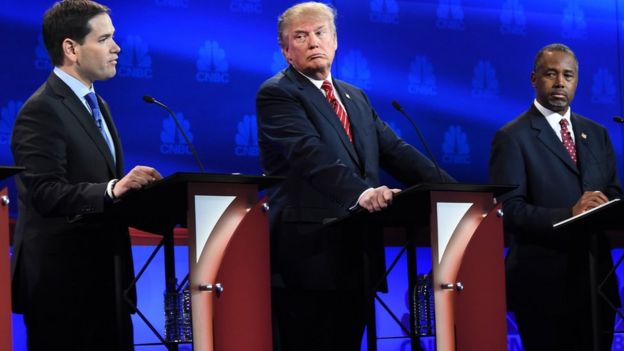 His tax proposal, which is based on biblical tithes, was decried by Mr. Kasich, who also dismissed Mr. Trump‘s plan to deport eleven million undocumented immigrants and build a wall on the Mexico border.