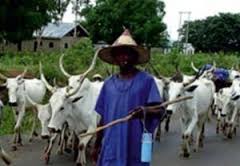 In order to ensure a viable and lasting solution to the perennial conflicts between herdsmen and farmers in the country, a Professor of Veterinary Medicine at the University of Ilorin, Professor Suleiman Ambali, has advised the Federal Government to ensure a proper enlightenment of the Fulani herdsmen on the gains of embracing the ranching system.

Professor Ambali, who is also the Dean of the Faculty of Veterinary Medicine in the University, gave the advice in an interview with newsmen in Ilorin. He said the proposed ranching system will lead to improved livestock productivity and ensure greater economic benefits.

As reported by Royal FM correspondent Olarotimi Oshin, the Dean attributed the frequent clashes between the herdsmen and the farmers to climate change and desertification, which he described as a global problem.

The unilorin don noted that Boko Haram has depopulated the grazing area for animals in the north which according to him has put gracing pressure on the South west and the North central region of Nigeria.