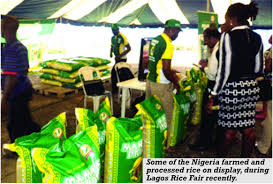 An Economist with the department of Economics University of llorin, Professor Gbolahan AbdulGafar has urged the Federal Government to re-consider its decision on the ban on importation of rice and other essential food.  AbdulGar who made the suggestion during an interview with newsmen in llorin said the ban has led to outrageous prices of the commodity. According to the Economist, rice which remains a staple food for several Nigerians has now become difficult to buy as a result of exorbitant prices.