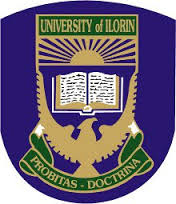 The Academic Staff Union of Universities (ASUU), University of Ilorin branch has cautioned the national executive council (NEC) of the union against further imposition of its unpopular leadership unto members so as to improve academic  excellence of the students and improved welfare development to its teeming members.

The union said this in a statement issued in Ilorin signedby its branch chairman, Dr. Uthman AbdulRaheem,and made to Royal FM.

It also berated the NEC over its recent negative comment about the appointment of the immediate past vicechancellor of the university, Professor Ish’aq Oloyede who was appointed by President Muhammadu Buhari as the Registrar of Joint Admissions and Matriculation Board(JAMB).

The Unilorin ASUU considers the comment as baseless, reckless and ill–conceived, saying Oloyede’s appointment is well deserving. According to the statement, majority of Unilorin ASUU members had insisted and still insist that ASUU NEC will continue to fail woefully until it embrace the elementary democratic principles in the election of leadership.