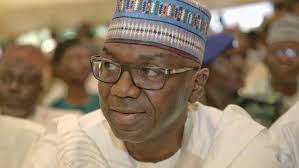 More accolades have come the way of Kwara State Governor AbdulRahman AbdulRazaq over his recent nomination of nine women as cabinet members, with the United Nations Entity for Gender Equality and the Empowerment of Women (UN Women) calling Kwara under him a “role model for other states in Nigeria”.

According to a statement issued by the Chief Press Secretary to the Governor, Rafiu Ajakaye, UN Women Representative to Nigeria and ECOWAS, Ms Comfort Lamptey, in a letter to the Governor expressed confidence that the strong representation for women in the governance of Kwara will accelerate realization of the development targets for the state.

Lamptey said AbdulRazaq’s gesture has won him steady support of the UN Women as he executes developmental projects in Kwara.

AbdulRazaq’s cabinet composition has gone down in history as the most gender-friendly in Africa, with 56.25 of the upcoming state executive council being women following an election that produced one hundred percent men as elected officials.

Early last week, an amalgam of 169 women groups congratulated the Governor for the gesture while the Federal Ministry of Women Affairs and Social Development has recently conferred its “He-for-She” award of excellence on him.