Turkey’s ruling party named a loyal ally of President Recep Tayyip Erdogan as the new prime minister on Thursday, with the incoming premier immediately vowing to work in total harmony with the strongman leader. 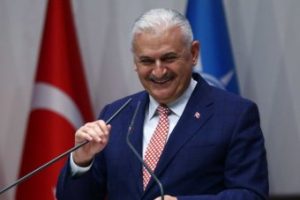 The ruling Justice and Development Party (AKP) will officially appoint Transport Minister Binali Yildirim as its chairman on Sunday, meaning that he will automatically become prime minister.
Yildirim will replace Ahmet Davutoglu, who stepped down after a struggle with Erdogan, as the president seeks to concentrate more power in the presidential office.