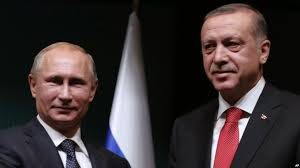 Turkish President Recep Tayyip Erdogan has apologized for the downing of a Russian military jet near the country’s border with Syria last year, adding that there was no deliberate intention in carrying out the attack.

A Kremlin spokesman Dmitry Peskov told reporters on Monday that Russian President Vladimir Putin received a message from Erdogan expressing his sympathy and deep condolences to the family of the killed pilot, and asked to be forgiven.

Turkey had angered Moscow by failing to apologize for the incident in November.

Russia responded by imposing trade sanctions and suspending Russian package tours to Turkey. Mr Putin said at the time the restrictions will not be lifted until Russia received an apology.

Mr Erdogan spoke of his deep regret for what happened and promised to do everything possible to restore relations with Russia. Turkey has not yet commented on the Kremlin statement.