Trial to push for better flight tracking a year after MH370

Australia, Indonesia and Malaysia are launching a trial to allow air traffic controllers to more closely track aircraft traversing remote oceans such as the one believed to be the final resting place of Malaysia Airlines Flight MH370.

No trace has been found of the Boeing 777 aircraft (BA.N), which disappeared a year ago this week carrying 227 mainly Chinese passengers and 12 crew in what has become one of the greatest mysteries in aviation history.

Under the system being tested, long-haul aircraft would effectively be required to check in every 15 minutes, rather than every 30-40 minutes, which is the current norm. Long-haul flights in an area covering roughly 11 percent of the world’s surface will take part in the test.

There was no further detail immediately available about what flights or routes the trial would cover.

MH370 vanished from radar screens shortly after taking off from Kuala Lumpur, bound for Beijing, early on March 8. Investigators believe it was flown thousands of miles off course before eventually crashing into the ocean off Australia.

A preliminary report issued by Malaysia last May described frantic attempts to trace the aircraft, with air traffic control in Kuala Lumpur contacting counterparts in Singapore, Hong Kong and Phnom Penh when something appeared to have gone awry.

Australian Deputy Prime Minister Warren Truss said in a media release in Sunday that the new system, which adapts technology already used by most long-haul jets, could greatly narrow down search areas in the case of future tragedies.

“This new approach enables immediate improvements to monitoring long-haul flights and will give the public greater confidence in aviation, without requiring any additional technology investment by airlines,” Truss said.

Military radar showed MH370 veered back across Peninsular Malaysia after contact with it was lost. A handful of faint “pings” picked up by a commercial satellite for around another six hours helped experts piece together where it went next.

Four vessels owned by Dutch engineering firm Fugro (FUGRc.AS), equipped with sophisticated underwater drones, have scoured about 40 percent of this highest priority search area, and are expected to finish the task by May.

Airlines say they generally support improved tracking, but baulked recently at a stop-gap proposal to oblige carriers to fit existing systems within 12 months, saying the technology was still evolving.

The European Union is expected to unveil new regulations on flight tracking soon as the international aviation community attempts to show some progress a year after MH370 was lost. 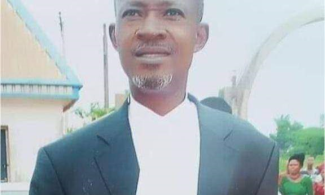