Of the many broken promises the Nigerian government has made to the Nigerian people, one remains largely overlooked: the promise of social security. Social security refers to organised collective protection of the individual against poverty, disease, or idleness caused by loss of income due to unforeseen circumstances.

Chapter two, section sixteen, sub-section two(d) of the 1999 Constitution of the Federal Republic of Nigeria stipulates that the Nigerian government is obligated to provide its citizens with a number of social benefits. These benefits include suitable and adequate shelter, suitable and adequate food, reasonable national minimum living wage, old age care and pensions. It also includes unemployment stipends, sick benefits and welfare for the disabled.

As we all know, however, the Nigerian government has failed to provide most of these things not just for its most vulnerable citizens, but for the entirety of the Nigerian population. In cases where laws have been put in place to implement social security, the onus has been placed on employers and fellow employees, rather than the government, to provide for citizens.

In Nigeria, all available social security schemes are financed by contributions from employers and employees. Take, for example, the National Health Insurance Scheme (NHIS) Act of 1999, which establishes a contributory health insurance scheme in which every employer with a minimum of ten employees must contribute, to their healthcare. It is a known fact that the government does not subsidise employers’ efforts to provide healthcare, pensions, or work injury compensation for their employees. There is even less to be said about government provision of healthcare for unemployed or vulnerable Nigerians. Since its launch in 2015, the NHIS covers less than ten percent of the Nigerian population.

The consequences of this lack of a social safety net in Nigeria are tenfold. Forced to fend for themselves in a dog-eat-dog economy, many Nigerians resort to crime in order to provide for themselves and their loved ones.

However, Nigeria’s lack of a social safety net is not due to her inability to provide one. Lofty promises made by politicians suggest that the government has the resources to provide for its people. In 2016, the Minister of Health announced the Federal government’s plan to provide healthcare for one hundred million Nigerians. Thus far, this plan has not come to fruition.

When they affect millions of lives, these broken promises and failed policies cannot be tolerated. Every single one of us must collect on the debt owed us by our government.  We cannot allow the Nigerian government to continue to shirk its responsibility towards the people. What follows is a need for the government to provide its people with the social security promised so that no Nigerian is left behind. 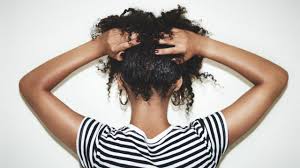