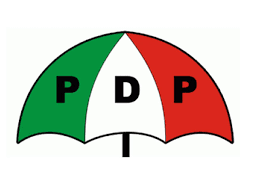 Three positions were said to have been zoned to the region. These are the national chairman, the deputy publicity secretary and the treasurer.

The National Vice-Chairman of the party in the South-West, Dr. Eddy Olafeso, said it was agreed at the meeting that the position of the national chairman should be zoned to Lagos and Ogun states where three aspirants, Chief Bode George, Jimi Agbaje and a former governor of Ogun State Gbenga Daniel came from.

Addressing journalists after the meeting, Olafeso said the position of the treasurer was zoned to Ekiti and Ondo states while Osun and Oyo states were given deputy publicity secretary position.

However, the leaders of the party disagreed on the zoning arrangement on the grounds that it was not a democratic arrangement. Olafeso however said a six-man committee had been set up to settle all the disagreements over the issue of the chairmanship.