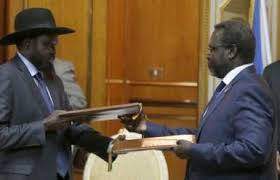 The order, which was announced on Monday by presidential spokesman Ateny Wek Ateny, was quickly reciprocated by Machar, who also ordered his troops to stop fighting.

Monday witnessed some of the heaviest fighting between the two sides, after clashes erupted on Thursday. Health ministry source confirmed that at least two hundred and seventy-two people have been killed in the recent violence.

The announcement of a ceasefire came as United Nations Secretary General Ban Ki-Moon called on the Security Council to impose an immediate arms embargo on the world’s youngest independent state.