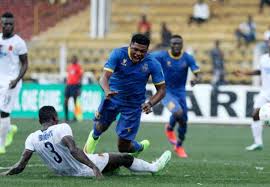 Shooting Stars Club of Ibadan practically surprised everyone on Wednesday as they defeated Abia Warriors two-nil in one of the Nigeria Football Professional League mid-week games. Struggling Ikorodu United also earned a surprise victory beating Warri Wolves one-nil at the Agege Stadium in Lagos. Rivers United returned to the summit after they defeated their guests Akwa United one-nil. Heartland and Plateau United ended their match goalless while Nasarawa United shocked Lobi Stars two-one at the Aper Aku Stadium in Makurdi.

The match billed for the Kwara Stadium in Ilorin between Giwa FC and Enyimba did not hold as the Giwa team failed to show-up. And it became the third consecutive time that the Jos based team who were banished to Ilorin for their home games would miss their match. The League Management Company is expected to take a decision on the team soon. It is most likely that the team will be expelled going by the rule of the league.