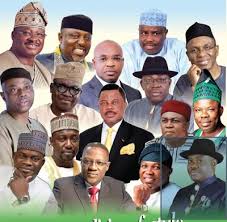 Rights advocacy group, Socio-Economic Rights and Accountability Project, says it has filed a petition before the International Criminal Court against eleven state governors who have been unable to pay workers’ salaries.

The state governments that have failed to pay workers’ salaries according to a statement issued on Thursday by the group’s Executive Director, Adetokunbo Mumuni, include Bayelsa, Benue, Bauchi, Osun, Rivers, Oyo, Ekiti, Kwara, Kogi, Ondo, and Plateau states.

SERAP said it has asked the prosecutor of the ICC, Mrs. Fatou Bensouda, to probe and try the governors for alleged crime against thousands of Nigerians stemming from unpaid salaries.

The group argued in its petition that the failure of the governors to pay workers’ salaries has occasioned severe deprivation, mental and physical health challenges to workers in their states, which it argued fell within the definition of crimes against humanity.