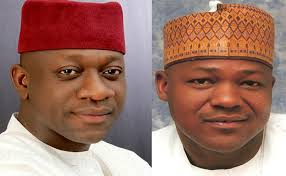 The Socio-Economic Rights and Accountability Project (SERAP) has called for an independent investigation by the EFCC and ICPC into the alleged N40 billion 2016 budget padding by the National Assembly. In a statement on Sunday by SERAP Executive Director, Mr Adetokunbo Mumuni, urged the Speaker of the House of Representatives, Mr Yakubu Dogara, to allow the anti-graft agencies investigate the allegations of the budget padding by the leadership of the NASS House to save its name.

SERAP’s call follows allegations by the immediate past Chairman of the House Committee on Appropriation, Abdulmunin Jibrin, that the Speaker and three other principal officers of the House attempted to approve forty billion naira out of one hundred billion naira approved for members for constituency projects.