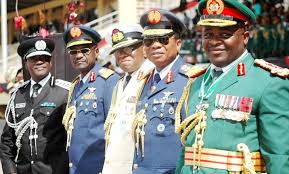 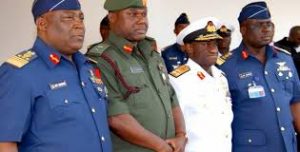 The Nigerian Senate has directed security agencies to immediately conduct a thorough investigation into the attack on Nimbo community in Enugu State and ensure the perpetrators are brought to justice.

The lawmakers condemned Monday’s attack on a community in Enugu State where suspected herdsmen killed a yet to be determined number of people and burnt buildings.

At the floor of the Senate on Thursday in Abuja, the legislators observed a minute silence to honour the Nigerians killed in Nimbo and other communities by suspected herdsmen.

After a debate, they set up a committee with representatives from each geopolitical zone to meet urgently and proffer solutions to the problem.

The Senate also resolved to invite security chiefs to brief the Upper Chamber on the movement of fleeing terrorists, to ensure that measures were put in place to forestall a spread of terrorist activities across Nigeria.

President Buhari had in a statement by his spokesman, Garba Shehu,unreservedly condemned the attack on Ukpabi Nimbo and other such acts of extreme violence against communities in other states of the Federation.

He instructed the Nigerian Armed Forces and Police to take all necessary action to stop the killing, saying that ending the recent upsurge of attacks on communities by herdsmen reportedly armed with sophisticated weapons had become a priority on the government’s agenda for enhanced national security.