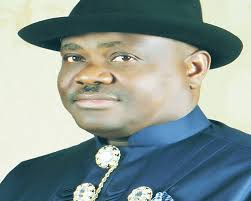 The Rivers State House of Assembly has given the state Governor, Nyesom Wike, the approval to take a ten billion naira bailout from the Federal Government.

The state government had refused to take bailout in the past, preferring to manage the funds at its disposal. But Wike was said to have stated in his request to the House of Assembly that the bailout will be used to pay workers’ salaries and pensions.

The governor indicated that the three-point-five billion naira the state is receiving as monthly federal allocation is not enough to address its monthly financial needs such as workers’ salaries and pensions.

The ten billion naira bailout, according to Wike, would be received from the Central Bank of Nigeria if approved.