Rangers out of Federation Cup 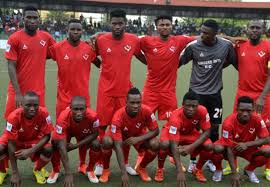 Meanwhile, the game continues today when former champions Rivers United and 3SC clash in Kaduna.  Prime FC will also keep a date with Warri Wolves at the Aper Aku Stadium, Makurdi. At the Ilorin Stadium Complex, FC IfeanyiUbah will tackle National League side, Katsina United, while Dynamite and Nasarawa United will clash in the last fixture.

The round of thirty-two fixture between Enyimba and El-Kanemi Warriors which was postponed due to the Peoples Elephant’s involvement in the CAF Champions League will also be played in Abuja today.