Southern leaders has described the Northern Elders’ Forum, NEF and the Coalition of
Northern Groups, CNGs’ call on Fulani herdsmen residing in the South to return home as
irresponsible, arrogant and an unpatriotic action. The NEF and the CNG had, at a press
conference in Abuja, on Tuesday, asked the Fulani herdsmen to leave the southern part of the
country if their safety is no longer guaranteed.

But on Wednesday, organizations and individuals, including the pan-Yoruba group, Afenifere,
the Ohanaeze Ndigbo, the Ijaw National Council among others reacted to NEF’s order.

Afenifere accused NEF of heating the polity with its claims that Fulani herdsmen were not safe
in the South, describing the statement as a subtle threat against southerners living in the
North. Also, Ohanaeze Ndigbo warned the groups not to overheat the polity and cause
unnecessary commotion in the country.

The South-East Governors’ Forum said that it will not force herdsmen to leave the zone. He,
however, stressed that their alleged inimical activities, rape and killings of innocent Nigerians,
had indicted them heavily and thus, warranted their quick exit from the South to their native
lands for a sober reflection.

However, the Secretary-General of the pan-northern socio-political group, the Arewa
Consultative Forum, Mr Anthony Sani, cautioned against giving crimes ethnic, religious or
regional colouration. Doing so, he said, would further worsen the security challenges in the
country.

Also, on Wednesday evening, President Buhari said the Fulani herdsmen are free to live in any
part of the country. He added that his administration is committed to finding a lasting solution
to the farmers-herders crisis in “a way that will be acceptable to all”. The president, therefore,
calls on all Nigerians to help keep the peace in the country. 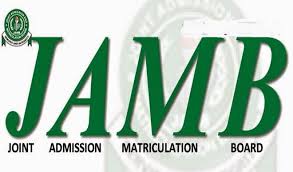