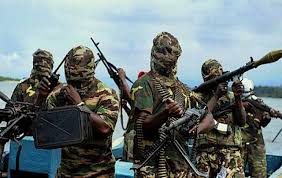 The Police have warned the Niger Delta Avengers against its planned secession from Nigeria, saying it is a treasonable offence. The Force Public Relations Officer, Donald Awunah, stated that the security agencies will not allow any action that might lead to a breakdown of law and order in any part of the country.

He advised the militant group against daring the might of the Federal Government, describing their reported plan to declare a Niger Delta republic on the first of October as provocative. He also admonished the militants to channel their grievances through legal means.

The Niger Delta Avengers on Thursday threatened that it will declare a Niger Delta Republic on the first of October, should President Muhammadu Buhari fail to restructure the country.

Meanwhile, ex-President Goodluck Jonathan has again denied allegations that he is sponsoring the Niger Delta Avengers. He added that the allegation was being sponsored by those who were intimidated by his rising profile in Nigeria and abroad. The former President said this in a statement by his spokesman, Mr. Ikechukwu Eze, on Thursday.