The Ahmed Markafi-led Peoples Democratic Party, PDP has postponed its national convention earlier scheduled to hold on Wednesday in Port Harcourt, Rivers State. The party chieftains however met inside the Government House, Port Harcourt, where they resolved to extend the tenure of the Makarfi-led caretaker committee by twelve months.

Reports say the postponement follows the sealing of the convention venue by men of the Nigeria Police Force, citing a court order. Meanwhile, Factional National Chairman of the PDP, Senator Ali Modu Sheriff, has described the decisions reached at the purported National Executive Committee meeting as illegal, null and void. He asked members of the former ruling party to ignore the resolutions. Also, a Federal High Court sitting in Abuja has re-affirmed the sack of Sheriff as the Chairman of the Peoples Democratic Party (PDP). 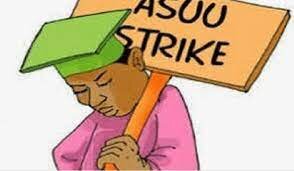