PDP highlights APC’s incompetence as cause of economic recession 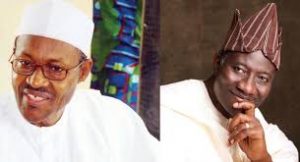 The PDP, therefore urged the President Muhammadu Buhari-led administration to stop the blame game and as a matter of urgency look inward towards resolving the recession by inviting economic experts irrespective of their political leaning to join hands with the administration at these trying times.

The PDP, which stated this in a statement by its national publicity secretary, Prince Dayo Adeyeye, in Abuja today, was reacting to a statement attributed to the Jigawa State governor, Abubakar Badaru, who blamed the current economic situation of the country to the past PDP administration of Jonathan.

The PDP said the APC should be reminded that great leaders take over countries either in ‎recession or war and still succeed in turning them around, adding that the ruling party has plunged the Nigeria’s economy into ‎an avoidable recession only to turn round and begin to whine helplessly ‎like a baby.