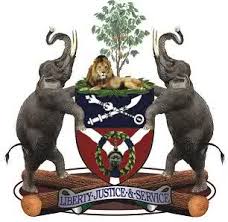 Three communities in the newly-created Boripe North Local Council Development Area of Osun State – Ada, Aagba and Ororuwo – have expressed their dissatisfaction with the announcement of Iree as the LCDA headquarters.

The communities, in a communiqué issued at the end of a meeting held at the Olona of Ada’s palace on March 29, said the announcement was an “imposition,” adding that they would pursue their position to have Ada as the headquarters, as contained in a letter of protest earlier presented to the governor.

They urged the state government to urgently address the “imposition.”

According to the communiqué signed by 15 representatives, the communities said they remained undaunted in their request to have Ada as the headquarters of the new LCDA.

It read partly, “Consequent upon the announcement of Iree as the purported headquarters of the Boripe North Local Government Area of Osun State on March 8, the three communities of Ada, Aagba and Ororuwo that jointly requested for the location of the LCDA headquarters at Ada express our dissatisfaction.

“We shall continue to maintain peace in pursuit of our legitimate demand never to have or allow the imposition of Iree as the headquarters of our LCDA.”

Osun to set up task force on cattle herdsmen 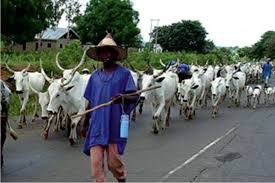 The Osun State House of Assembly has directed that a task force should be set up to monitor and control the in and out movements of herdsmen in the state.

According to a statement issued by the Chairman, House Committee on Information and Strategy, Olatunbosun Oyintiloye, the Speaker, Mr. Najeem Salaam, gave this directive at a meeting held with the state Committee on Peaceful Co-existence between Fulani/Bororo and Crop Farmers.

Salaam said officials of the state Ministry of Agriculture and Food Security were also present at the meeting. He called on them to tackle indiscriminate grazing on farmland by herdsmen with their livestock across the state.

The Speaker said, “The two major entry points of the herdsmen into the state, which were Iwo and Ila axis, should be properly manned by the task force to control the movement of the herdsmen.

“The herdsmen could not be left uncontrolled while the crops that have been worked hard to produce by farmers were being destroyed willfully.

“The activities of the herdsmen have been denying the farmers equitable returns on their investment in farming, mostly through loans from banks and cooperative societies.”

He stated that the step to curb the destruction of farms by uncontrolled grazing would assist in ensuing food security for the state.

Salaam tasked the officials of the ministry to put into use, the already trained youths to engage in producing crops and grasses  meant for feeding cattle.

He said this would not only generate revenue for the state, it would also create employment for the youth.

The Speaker also said there was the need to engage the nomadic herdsmen by training them to be in tune with the government’s arrangements to ensure peaceful coexistence in the state.

He also encouraged agriculture ministry officials in the state to begin to generate new ideas that could arrest the trend.