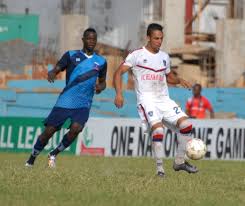 FC IfeanyiUbah handed Lobi Stars a one-nil defeat. At the Onikan Stadium in Lagos, fans of Ikorodu United watched as their side blew their lead twice in a two-two draw with Plateau United. However, the game in Ilorin did not take place as Giwa FC, who were billed to tackle Akwa United, did not show up.  Kano Pillars will face El-Kanemi in Maiduguri to round off the match week, and could go top if they beat their hosts.