No going back on PDP convention, says convention committee 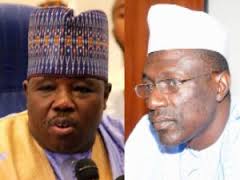 The Chairman of the Publicity Sub-Committee of the expanded Peoples Democratic Party (PDP) Convention Planning Committee, Chief Onyema Ugochukwu, has said nothing will stop the August seventeenth convention of the party taking place in Port Harcourt, the Rivers State capital. In a statement issued in Abuja, at the weekend, Ugochukwu debunked the misconception that the convention had once again been postponed, advising members to disregard such rumour. The convention organised by the National Caretaker Committee led by Senator Ahmed Makarfi is to elect new members of the National Working Committee (NWC).

Meanwhile, claimant to the office of the national chairman of the Party, Senator Ali Sheriff, has stated that he is not aware of the plan by the party to have its repeat national convention in Port Harcourt, saying that he will go ahead with his own plan of “fixing” the party.