No evidence of impeachable offence against Buhari – Reps’ Chief Whip 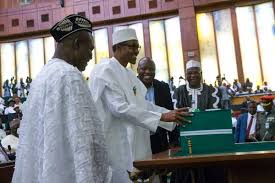 The Peoples Democratic Party Caucus at the House of Representatives on Sunday also cautioned against initiating any impeachment proceedings to impeach the President despite the festering crisis between the Executive and the Senate. The Leader of the caucus, Mr. Leo Ogor, who said this in Abuja, explained that an impeachment process would be difficult to reverse. He noted that in parliamentary practice, impeachment was used as a last resort after all other avenues for dialogue must have been exhausted.