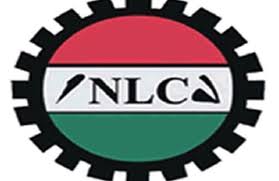 The Nigeria Labour Congress (NLC) has accused the federal government of delay in the
implementation of the new national minimum wage. This is contained in a communiqué
issued at the end of the National Executive Council (NEC) meeting of the NLC which held in
Kano and was declared open by Governor Adullahi Umar Ganduje.
The communiqué, signed by NLC President Comrade Ayuba Wabba, and former General
Secretary, Peter Ozo-Eson, said the FG and other tiers of government can no longer hide
under protracted negotiations with workers in the public sector for consequential salary
adjustment based on the new national minimum wage to delay the implementation.
According to the communiqué, the union expressed concerns over the rising insecurity in
country, adding that most of the victims are workers and the poor citizens. NLC, however, said
rallies would hold across the country to sensitize government and citizens on the need to
address insecurity.

Also, the union unanimously rejected any move to increase the pump price of refined
petroleum products.
The congress also rejected any attempt to divest 40% of public shares in DISCOs and GENCOs,
saying that such a move is tantamount to rewarding poor performance. The NEC posited that
instead of selling public shares in DISCOs and GENCOs, the government should review and
reverse the privatization of the power sector.
Rejecting further hike in electricity tariff, the NEC called on the government to make electricity
available and affordable. It also asked the government to further empower the Nigeria
Electricity Regulatory Commission (NERC) to prevail upon DISCOs to scrap the practice of
estimated billings.