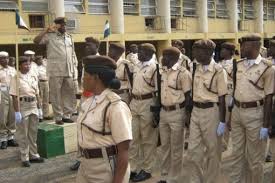 The Lagos State Command of the Nigeria Immigration Service has warned residents of the state against harbouring illegal immigrants in their homes, saying it is against the law. The Comptroller, NIS, Lagos State, Mrs. Clara Okojie, gave the warning during the recent repatriation of twenty-nine illegal immigrants from the state.

The comptroller, according to a statement on Sunday by the state command’s spokesman, DSI Jide Ogungbe, explained that a raid was carried out on the Lagos Island and its environs by a team of immigration officers, which led to the arrest of many persons suspected to be illegal immigrants from the Niger Republic.