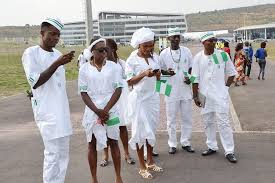 Nigeria risks losing their second place finish at the last All Africa Games in Congo following the confirmation that five of the country’s athletes tested positive to banned drugs.

The Youth and Sports minister Solomon Dalung who revealed this when he met with the Nigeria Olympics Committee leadership said while some tested positive at AAG the others failed tests at the AFN Championship in Warri.

Dalung said he has directed that the names of those involved be made public.