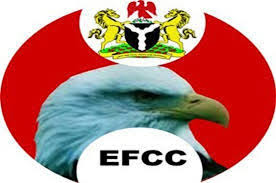 The federal government has made over two hundred billion naira from final forfeiture cases in 2019. The Attorney General of the Federation, Abubakar Malami, said this at a town hall meeting in Abuja on Thursday while highlighting the successes of the government’s anti-corruption war.

At the same event, the acting chairman of the Economic and Financial Crimes Commission (EFCC), Ibrahim Magu, said his agency has secured no fewer than 890 convictions in economic and financial crime cases in 2019.

The Minister of Information and Culture, Lai Mohammed, who was the host of the event, said corruption in Nigeria has now been driven under the table, and that the corrupt ones can no longer flaunt the proceeds of their corruption the way they used to do in the past.

The minister said although the war against corruption has been fought before, this is the first time that it is being backed by a strong political will. He said President Muhammadu Buhari who is known for his “honour, dignity and incorruptibility” is personally leading the fight. The minister urged citizens to join in the fight against corruption.