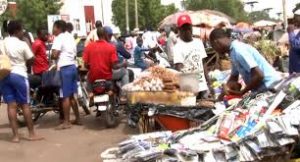 Nigeria has moved up by 15 places to 131 in the World Bank’s Ease of Doing Business ranking from the 146th position it was in 2018. This comes after the World Bank ranked the country in the top 10 economies where business climates improved the most some weeks ago.

According to the World Bank Group’s Doing Business 2020 study, governments of 115 economies around the world launched 294 reforms over the past year.

The report explained that this made doing business easier for the domestic private sector in the countries, paving the way for more jobs, expanded commercial activity, and higher incomes for many.

Meanwhile, China, and India made the top ten list of governments that have done the most in the past year to improve the ease of doing business in their countries, the World Bank said in a new report.

Despite the bitter trade war, in which the United States is demanding reforms from Beijing to protect intellectual property and open its economy further to American businesses, China made the top 10 list for the second year in a row.

With those improvements, China leapfrogged France to take the 31st spot in the “ease of doing business” ranking, moving up 15 places,  according to the World Bank report.

And despite US complaints, the report credited China with improving protections for minority investors, strengthening procedures for enforcing contracts and making trade easier with changes to customs administration and port infrastructure.