Niger ex-gov confirms being under investigation 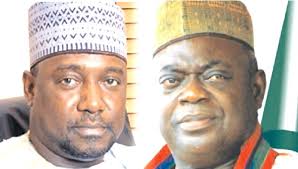 The immediate former governor of Niger State, Mu’azu Babangida Aliyu, has confirmed being under investigations by the administration of Governor Sani Bello.

Aliyu, made this clarification on Monday, in Abuja. He, however, described the probe as necessary to keep the records straight, adding that it is not a witchhunt as many believe.

Aliyu, popularly called the Servant Leader, while he held sway as governor, also expressed sympathy for the Sani-Bello administration over economic realities which have made payment of workers’ salaries difficult.

While stating that the allocation to Niger State has plummeted to six hundred million naira, Aliyu said the only option left for the state is to borrow pending when the present economic challenges normalize.

Aliyu promised to continue to pray for Governor Bello, to achieve success in the state, adding that political party affinity is not important once it comes to working towards building a vibrant Niger State.