Former Super Eagles striker, Emmanuel Emenike, has described as an insult, the decision of the Nigeria Football Federation (NFF) to fix another match on the same day Joseph Yobo’s testimonial match will be played even after the federation had approved the match to retire the former national team skipper. 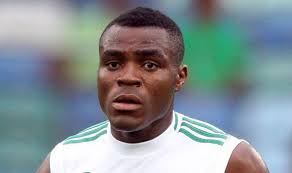 Nigeria will play a friendly against Mali in France on May twenty-seven, the same day the Yobo testimonial will be staged in Port Harcourt. Emenike said the decision of the NFF was disrespectful to the ex- Everton defender who had served the country with total dedication and had a century of caps to prove.