New video could be concocted – DHQ 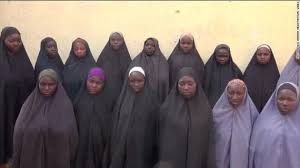 The Acting Director, Defence Information, Brig. Gen. Rabe Abubakar, on Thursday said that the video purported to be containing some of the Chibok girls could be concocted.

Speaking on the recent video of the Chibok girls, Abubakar said that while the military had seen the video, it had not authenticated it.

He said that the video had nothing to do with the ongoing military operation in the North-East even though the military had serious concerns for the presence of the girls in the custody of the insurgents.

He added that it was the characteristic of terrorist organisations to use the social media to confuse people who did not know their antics.

He said, “The Nigeria Armed Forces would never give up for blackmail and mere media war. We remain focused in dealing with the matter at hand and would be steadfast in that course.

“The truth will come out in the nearest future; we are always hopeful through our unrelenting commitment to the protection of our country from any form of aggression. Our unified operations will go on and success is on our side.

“Terrorists by their nature rely on cheap publicity, using the social media to confuse those who don’t know their antics.

“In as much as we care for the rescue of the Chibok girls, which is our target, we are equally not closing our eyes to the rescue of any person or persons in Boko Haram custody, as we have been doing in recent times.

“Over 10,000 persons have so far been rescued since the new leadership came on board in the military. And we shall continue in that direction, no matter the media reports.

“All these things are campaigns. In as much as we saw the so-called concocted video, it has nothing to do with our own activities, even though we are sympathetic to the plight of our sisters and brothers with the ungodly group.”