Nepalese politicians have elected a longtime women’s rights campaigner to become the country’s first female president, as the Himalayan nation pushes for more gender equality in politics and work life. 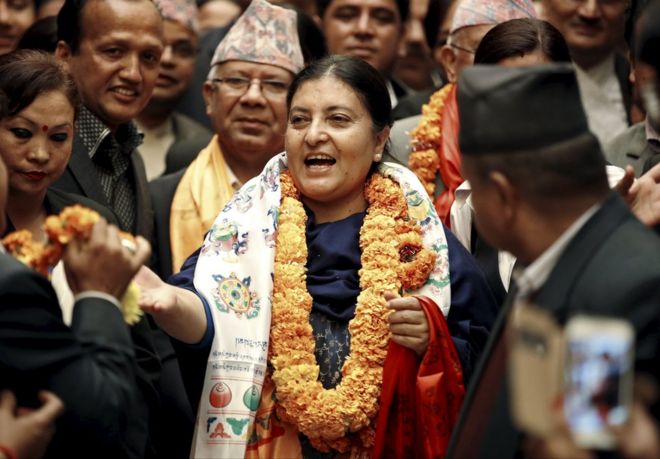 Bidhya Devi Bhandari, the fifty-four-year-old deputy leader of Nepal’s Communist Party of Nepal Unified Marxist-Leninist, had lobbied actively for the new constitution to require that either the president or vice president be a woman.

Bhandari said her election, by a vote of three hundred and twenty-seven to two hundred and fourteen against Congress party leader Kul Bahadur Gurung, marks a first step toward assuring the new constitutional guarantees of equality are fulfilled.