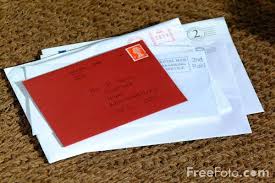 The National Drug Law Enforcement Agency has discovered a letter packed with heroin at a post office in Lagos. It has also arrested the receiver of the letter, 33-year-old Yunusa Amusan.

The letter, which was sent from Bengaluru, India, through Express Mail Service, was addressed to Amusan who resides in Mushin in Lagos.

A statement by NDLEA’s head of Public Affairs, Mitchell Ofoyeju, stated that upon interception, the agency found powdery substances weighing about 480grammes that tested positive for heroin inside the letter.

It disclosed that the thin parcels of heroin were carefully hidden in the letter in a manner that made it difficult to detect.

According to Ofoyeju, this was the first case of heroin letter discovered by the anti-narcotic agency this year.

The Chairman/Chief Executive, NDLEA, Col. Muhammad Mustapha Abdallah (retd.) was quoted as saying that the arrest was recorded following the diversification of the Agency’s operations.

“The operations of the Agency have been diversified to cover mail services. Drug control is an intelligence-led operation and the NDLEA, under my dispensation, will spread its tentacles to all possible areas of narcotic smuggling. We will not relent in taking deliberate and sustained efforts towards preventing drug trafficking under any guise in the country whether by air, land or water,” Abdallah stated.

The NDLEA boss added that investigation revealed that the suspect, who is in custody, allegedly connived with his uncle who lives in India to import heroin disguised as letters to Nigeria.

He said their plan was exposed due to superior intelligence gathering capacity of the Agency.

He assured Nigerians that the Agency would always work towards a drug-free society.

The statement further quoted the Director of Operations and General Investigation, NDLEA, Mr. Mabo Olugbenga, as saying that the suspect was apprehended following surveillance report on his illicit drug activities.

“The illicit smuggling of narcotic drugs under the guise of letters was reported and closely monitored by the agency,” Olugbenga said.

“It was confirmed that Amusan was recruited by his uncle who lives in India to take delivery of heroin concealed in letters to avoid arrest by law enforcement agents. The suspect was arrested after collecting the letter and further investigation is on-going.”