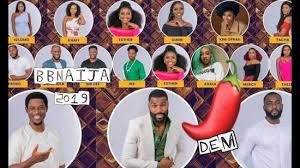 The National Broadcasting Commission has warned the organizers of Big Brother Naija over ‘unwholesome’ contents that breach its code shared on TV channels where the reality show is aired.

NBC Director General Mallam Ishaq Kawu, during a press conference in Abuja also revealed that 45 broadcasting stations were fined in the second quarter of 2019 for breaching its rule of broadcast.