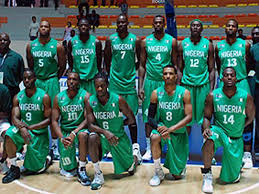 The Nigeria Basketball Federation (NBBF) on Tuesday in Abuja released its preliminary list of 27 players invited to the men’s national team training camp ahead of the 2016 Olympic Games.

NBBF President Tijani Umar, while unveiling the list at a media briefing, said the Federation had made efforts to ensure the best available players were considered for invitation to camp.

Umar said the 28th player under consideration presently for the training camp was Victor Oladipo, who was yet to give NBBF his final word on playing for Nigeria.

“He is yet to give us his final word on playing for us. But he had been in training camp with the U.S. and we learnt he has not made their final list. But we are still awaiting him,’’ he said.

The News Agency of Nigeria (NAN) reports that the Nigerian team, known as the D’Tigers, have qualified for the Olympics scheduled for Aug. 5 to Aug. 21 in in Rio, Brazil.

They qualified as African champions after winning the 2015 Afrobasket in Tunisia.

Umar said the players, who were a mixture of home-based and overseas-based players, were being expected to report to camp in Los Angeles or Bakersfield in the U.S. on June 27.

“Our training camp schedule, which is tentative though, begins with the team’s Head Coach and technical staff engaging on players visitation from June 4 to June 25, ahead of the camp’s opening on June 27.

“However, the visitation can still throw up a situation where new players would be invited to the camp. We are not ruling this out as we go along.

“However, the invited players who are in the NBA will join camp on July 1 before the team flies out on July 3 to China.

“In China, they will play in the Stankovic Cup from July 5 to July 10, which will have China, France and Argentina taking part,’’ he said.

The NBBF president said the team then would likely head to Melbourne in Australia for games against the hosts on July 13 and July 15 or go to Las Vegas.

“The team is scheduled to, in Las Vegas, take on Argentina on July 18 and Brazil on July 20, before returning to Los Angeles on July 21 to face China on July 22.