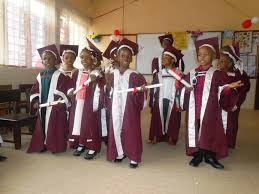 The Kwara state chapter of National Association of Proprietors and proprietress, NAPPS has warned all Nursery and primary schools to desist from conducting graduating ceremony for Nursery classes going to primary one.

The NAPPS president, Rahaman Adetunji Lateef who disclosed this during a workshop organized for private schools in Ilorin said the warning became imperative following the state government’s directive.

He explained that Kwara state government has described such ceremony as exploitation of parents. As reported by our correspondent, Olarotimi Oshin, the NAPPS president however expressed his determination to expose any school caught conducting such Nursery two graduating ceremony in the state.