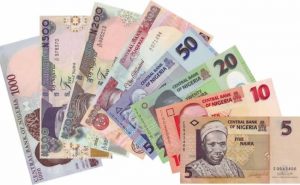 The naira extended its decline against the United States dollar on Wednesday, falling to 302 at the parallel market, down from 300 on Tuesday.

The currency had sunk to a record low of 300 per dollar at the parallel market on Tuesday, a day after the Central Bank of Nigeria stopped dollar sales to Bureau De Change operators.

The exchange rate of the naira to the greenback stood at 199.45 at the official interbank market on Wednesday, according to data obtained from the FMDQ OTC Securities Exchange.

The continued depreciation of the naira is coming at a time when stocks at the Nigerian Stock Exchange have been in a free fall. The stocks fell by 3.579 per cent to near a three-and-half-year low on Wednesday weighed down by sliding oil prices and the CBN’s decision to check dollar supply.

The NSE market capitalisation closed at N8.633tn on Wednesday from N8.953tn recorded a day earlier, with the All-Share Index also depreciating to 25,103.05 basis points from 26,034.93 basis points on Tuesday.

One of our correspondents gathered that the leaders of the Association of Bureau De Change Operators paid a visit to the House of Representatives on Wednesday to plead with the lawmakers to intervene in the latest development.

The acting President of the association, Alhaji Aminu Gwadabe, confirmed to one of our correspondents in a telephone interview that the national currency traded lower on Wednesday, averaging 302 in Lagos and Kano.

“We need a clear view of the autonomous sources the CBN was talking about.”

A source, who pleaded anonymity, confided in one of our correspondents that the House of Representatives was looking into the concern of the BDC operators, some of whom visited the National Assembly.

The source said, “Key stakeholders in the BDC segment of the foreign exchange market were at the National Assembly today (Wednesday) for the legislators to help them look into the conflicting forex policies.

“They came to express their concern over the dwindling fortunes of the naira and to assure the legislators of their support on whatever they would want from their own part to ensure that the naira maintains a very positive value in the market.”

According to the source, the Speaker of the House of Representatives, Yakubu Dogara, has asked the Committee on Banking and Currency to look into the issue raised by the BDC operators and the committee has told them that it will convene a stakeholders’ engagement by next week.

The Head of Africa Strategy, Standard Chartered Bank, Samir Gadio, has said the devaluation of the ailing naira was now inevitable.

“With pressure on foreign reserves and oil prices at $30 per barrel, devaluation is now unavoidable. The issue will be the quantum and methodology,” Gadio was quoted by Reuters as saying.

The CBN had on Monday said it would no longer provide foreign exchange to the BDC operators, adding that with the continued depletion of the foreign reserves, such funding was no longer sustainable.

The CBN Governor, Mr. Godwin Emefiele, had said that between July 2014 and January this year, the country’s external reserves had suffered a great pressure from speculative attacks, round-tripping and front-loading activities by actors in the foreign exchange market.

At the NSE on Wednesday, 34 companies recorded losses in their share prices, while only three gained value.

Analysis from the NSE daily statistics showed a drop of N1.124tn in market capitalization from the first trading day of 2016.

The currency and stock markets have been hard hit by the persistent fall in the price of crude oil, which is the country’s main export commodity, triggering a fall in government revenues and the exit of foreign investors from the Nigerian stock market.

The stock index, which has the second-biggest weighting after Kuwait on the Morgan Stanley Capital International frontier market index, fell to 25,206 points, dropping to levels last reached in September 2012. The index is down by 9.1 per cent in its eight days of trading this year, after shedding 17.4 per cent last year.