The Miyetti Allah Cattle Breeders Association of Nigerian, MACBAN, has said Fulani herdsmen, who have allegedly been involved in serial killings in various communities in the country, kill their hosts in self-defence.
The leader of a delegation of MACBAN to the Defence Headquarters, Senator Dagiri Alkali, also said that the Fulani moved into new territories in the country because they had been forced out of their territories in the North. He noted that the rising population had denied the herdsmen their grazing reserves forcing them out of their settlements. 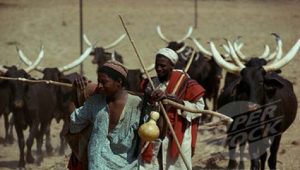 Alkali also claimed that the Boko Haram insurgents attacked the Fulani in the North-East and other parts of the country and stole millions of cows from the breeders. He added that the Fulani were also victims of cattle rustlers in Katsina, Zamfara, Kebbi, Kaduna, Nasarawa, Plateau, Benue and Kogi states with millions of cows taken away from them.
The Defence authorities have warned that the military would go after those behind the killing of innocent citizens and ensure that they were prosecuted in accordance with the directive of the President to deal with the situation.