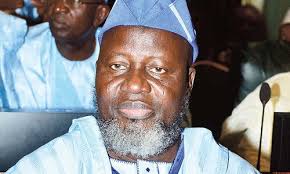 The Minister of Communications, Adebayo Shittu, has suspended the director-general of the National Information Technology Development Agency, NITDA, Peter Jack, for “misconduct unbecoming of a public officer of his cadre”.Mr. Jack’s suspension, which takes effect from January 20, 2016, was contained in a statement by the Special Assistant on Media to Mr. Shittu, Victor Oluwadamilare, on Wednesday.