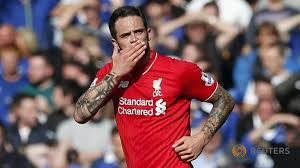 Liverpool have been told by a tribunal to pay Championship second-tier leaders Burnley up to eight million pounds for striker Danny Ings.

The Professional Football Compensation Committee (PFCC) also ruled that Burnley will also get twenty percent of any profit Liverpool make if they sell the striker. It settles a dispute between the two clubs over the player, who moved to Anfield last summer when his contract with Burnley expired.

The twenty-three-year-old England international joined under the Bosman ruling, but his age and the fact that he had been developed by Burnley meant they were entitled to a compensation payment.

Liverpool while expressing hope on the future of the player said they respected the outcome of the tribunal.