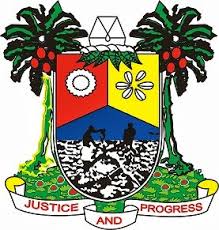 The Lagos State Government says stability tests on buildings constructed by the Lekki Gardens to ascertain their structural integrity have commenced.

A building constructed by Lekki Gardens had recently collapsed in the Lekki area, killing no fewer than 35 persons.

The state government had subsequently ordered that other buildings constructed by Lekki Gardens be made to undergo integrity tests to avoid another collapse.

The acting General Manager of the Lagos State Materials Testing Laboratory, Rasheed Balogun, according to a statement on Sunday, says tests will be conducted on some buildings without sending away the occupants in the Lekki Gardens Estate in order not to cause them discomfort.

Balogun said the decision to embark on the tests was in line with the directive given by Governor Akinwunmi Ambode to ascertain the “liveability status” of all buildings constructed by Lekki Gardens.

Balogun, an engineer, said the tests would be a “non-destructive test and partial destructive in some cases”.

He added that the tests would be extended to other construction sites and estates within and around the Lekki area to confirm their status.

He said, “There is a test called coring test, which has a partial destructive tendency, while we are also carrying out another test on some buildings called pundit test, which will not cause any damage or make any mark on the buildings.

“The concluding part of the tests will be completed in our laboratory before we now determine the state of these buildings.

“The position of the state government is that any building that is defective and structurally unfit for habitation should be demolished.”

Balogun noted that vacating the structures was, however, the best option and would speed up the testing process.

He urged the occupiers of structures within the Lekki Gardens Estate, to comply with the vacation order of the governor, and vacate the buildings until investigations were completed.

“The life of every Lagosian is important to the government,” he added.