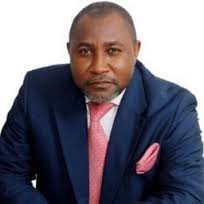 The Minister of State for Labor and Employment, Mr. James Ocholi, has said that there is no reliable statistics on unemployed youths in the country. According to him, the ministry recently commissioned a firm to capture the data of the under-employed and unemployed to enable it prepare the necessary template for the effective take off of the employment scheme.

The minister stated this at the All Progressives Congress, APC national headquarters in Abuja where he fielded questions from journalists on how the ministry is carrying out its mandate of job creation so far.

He also explained that the ministry has written a memo to the President through the Secretary to the Government of the Federation for it to bring all skill acquisition centres in several ministries under one roof for maximum utilization.

Mr. Ocholi also spoke on the federal government’s plans to employ many unemployed graduates and train them to teach in secondary schools.

Asked when the data would be ready for the ministry to commence its mandate, the Minister said details are being worked out.