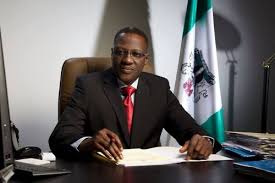 Governor Abdulfatah Ahmed of Kwara State has hinted that the state will soon commence the process of reviewing its laws to meet with current realities, as the last law review was carried out in 2006.

He said this while receiving the Forum of APC’s former members of the state House of Assembly in Ilorin, on Monday. Governor Ahmed, who said the state government is now financially stable to jump-start its major infrastructural projects, added that it is determined to fulfill its obligations to workers in the state.

Governor Ahmed, who said the delay in announcing necessary appointments and constituting boards of parastatals and commissions is mainly a function of current economic challenges, assured that another set of appointments will soon be announced.

Speaking on behalf of former honorable members, Honourable Wole Oke, advised the government on the diversification of the state’s economy. He recommended that the administration should synergize with local government councils in the state towards mobilizing the people across board to engage in massive commercial agriculture through cooperative groups.