Written by Morenike Adebayo on February 7, 2018

The Kwara State government has promised  to vaccinates at least a minimum of  four hundred and four thousand, seven hundred and three children for vaccination during the forthcoming measles vaccination campaign, MVC.

The vaccination exercise, which is for children of nine months to under-five years of age, comes up from the first to the thirteenth of March, 2018.

It will  also run in two phases with the first phase holding at seven local government areas from March first to sixth while the second phase holds at the other LGAs from March eighth to the thirteenth.

During a media orientation training held at the Kwara state ministry of health, the executive secretary of the State Primary Health Care Development Agency, Dr Patience Folorunsho, noted that preparation is in top gear to achieve ninety-five percent success rate towards ensuring that measles is eradicated from Kwara communities.

She urged parents and guardians to play their role in the effort by making their wards available for vaccination during the campaign.

An official of the Ministry of health, Dr Adekeye in her remarks identified lack of access, misinformation and an adverse effect following immunization as some of the challenges facing the success of the program. The officials however noted that adequate preparation and enlightenment will help combat the challenges.

The state director of ministry of environment and Forestry Alhaji Sikiru Olanipekun who made call while speaking with our correspondent Olarotimi Oshin said nine poles for judges, civil defence and police has been put in place in a bid to prosecute anyone found moving around between the hours of 7am and 9am.

He urged residents to participate fully, saying monitoring teams have been set up to move from house to house as part of efforts to ensure total compliance.

The environmental director explained that the re-introduction of the exercise was to ensure clean and healthy environment in the state. 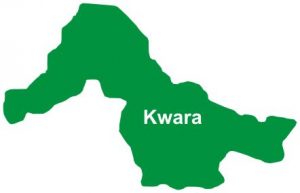 Muhammad explained that the new salary structure will reflect the findings of a panel on staff verification carried out in the sixteen Local Government Councils in the state. He added that the outcome of the report will determine the policy direction on LG’s administration.

According to him, the salary arrears of Local Government workers in the state will also be addressed. On backlog of council salaries, Mohammed says the problem will be resolved when the economy improves.

He said that dwindling allocations from the federation account had affected local councils in their bids to carry out their statutory responsibilities. The commissioner, however, said that internally generated revenues will be used to augment funds for the councils. 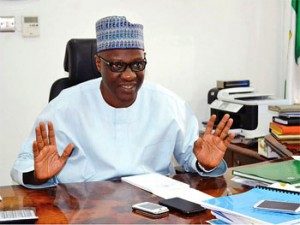 Kwara State government is to inject about two billion Naira into its micro credit scheme in the next three years with a view to alleviating poverty in the state.

The State Governor, Abdulfatah Ahmed, disclosed this on Thursday when the participants of the ‘Senior Executive Course 38’ of the National Institute for Policy and Strategic Studies, Kuru in Jos, paid him a courtesy visit.

Maintaining that youths and women would be prioritised in the scheme, the governor also revealed his intention to generate 20,000 agro-related jobs annually, in order to create a successor-generation of commercial farmers.

Describing poverty as a universal issue resulting from a state of short or long term deprivation and insecurity in basic human needs, he restated that poverty reduction was top on the priority list of his government.

According to Governor Ahmed, “Today, many countries are faced with the challenge of poverty. Nigeria is not an exception.

“According to the 2015 Human Development Index, Nigeria ranks 152 out of 188 countries in 2014. Thus, it has become imperative we find ways of ameliorating this scourge.

“Consequently, one of the cardinal objectives of this administration is to improve the lives of our people in tangible ways.

“In our mission towards the reduction of poverty in the state, we have identified agriculture as one of the keys to economic prosperity”, he said.

In an earlier remark, the team leader of the participants, Professor Celestine Bassey, who was represented by Brigadier General Daniel Chinoko, said that they were mandated by President Muhammadu Buhari to carry out a study on a theme: “Strengthening Institutional Mechanism for Poverty Reduction and Inclusiveness Development”.