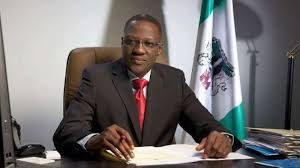 The Kwara State government has called on the management of all the state-owned institutions to be more innovative and resourceful in generating revenue for their schools, adding that the situation where government’s subventions are spent only on recurrent expenditure is not sustainable.

The State Commissioner for Finance, Alhaji Demola Banu, who made the call in a statement made available to royal FM disclosed that government had stopped subventions to Kwara State

Polytechnic and the Kwara State College of Health Technology, Offa as their IGR is enough to guarantee smooth running of the schools. The government had so far disbursed the sum of four hundred and thirty point four million naira as subventions to seven of the State-owned tertiary institutions in 2016, noting that an outstanding balance of eighty six point nine million naira will be released this month.