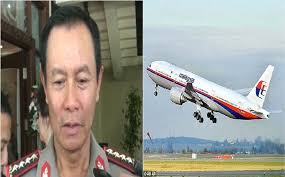 Police in Indonesia have identified four out of five of the Jakarta attackers. Two were previously convicted militants. Police named one – Afif Sunakim, seen carrying a gun and rucksack during the attacks. He was given a seven-year jail term for attending a militant camp.

All five died in Thursday’s attacks, which left two civilians dead and were claimed by Islamic State (IS).Three arrests were made today but it is unclear if they are connected. Security forces battled militants for hours in the busy commercial district where the militants struck.

Following recent IS threats, the country, which had been attacked by Islamist militants several times in the past, had been on high alert.

General Badrodin Haiti, the national police chief, said Sunakim and one other attacker had both been convicted criminals.Jakarta’s chief of police, Insp Gen Tito Karnavian, said a hunt was under way for terror cells believed to be behind the attack.