Impeachment of Buhari not what we need – Afenifere 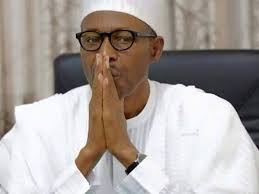 The pan-Yoruba socio-cultural organization, Afenifere, has kicked against the purported plan by the Senate to impeach President Muhammadu Buhari.  The Secretary-General of the group, Sehinde Arogbofa, said the solution to the problem facing the country is not the impeachment of the President. He therefore called on the National Assembly to settle whatever the problem they had with the President in order to move the country forward.

Meanwhile, the All Progressives Congress (APC) has described the impeachment plot as laughable and a huge joke taken too far. The party in a statement signed by its National Secretary, Mai Mala Buni, in Abuja, on Wednesday advises the Senators in question to stop what he called “this huge joke” and concentrate on their primary constitutional responsibilities of lawmaking. He urged them to pay greater attention to discharging their legislative mandates to their constituents.