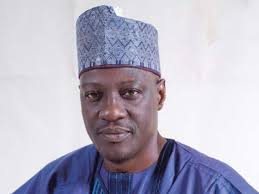 The Ilorin Emirate Descendants Progressives’ Union on Sunday urged the Kwara State Government to prioritize payment of salary arrears to teachers, local government workers and others. The National President of the union, Alhaji AbdulHameed Adi, said the call became necessary after the state Governor, Alhaji Abdulfatah Ahmed, said the payment of school teachers and local government employees was the responsibility of the local councils.

Responding the Kwara State Government said it was doing everything within its power to find a sustainable solution to the salary crisis in the state. The Senior Special Assistant to the state Governor on Media and Communications, Dr. Muyideen Akorede, in a statement released said the inability of the government to pay salaries was caused by the huge drop in Federal Allocation to all tiers of government in the country. He also said that only civil servants and pensioners that are yet to undergo BVN clearance are currently being owed.